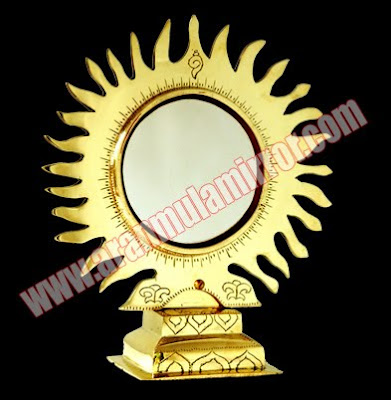 Aranmula, the famed mirror-making centre in Kerala has enormous tourist potential, which the State government could tap, said Prabhakar Dubey, Director in the Union Ministry of Tourism. The Centre was ready to support tourism infrastructure development in Aranmula, if the State Government submitted a detailed project report.

Dr Dubey was talking to reporters during a visit to Aranmula on Wednesday. The well-known town, he said, had immense tourism potential. Visiting a workshop making the Aranmula Kannadi (metal mirror) on the banks of the river Pampa, he said the metal mirrors would be one of the two artefacts from Kerala to be exhibited at the World Tourism Fair at Los Angeles in September.

The official also visited the centuries old Sree Parthsarathy Temple on the banks of the Pampa, Mural Art Gallery attached to Vastu Vidya Gurukulam (VVG), Heritage Museum of the Palliyoda Seva Sanghom (PSS) that runs the famous Uthrittathi snakeboat regatta on the river Pampa during the Onam festival.